The first known recorded recipes date from around 1600 BC. Jean Bottéro, in his book The Oldest Cuisine in the World: Cooking in Mesopotamia, states that around 40 recipes were recovered from this early period of culinary skill.

A most delicious recipe for Turnips Stewed in Blood was among the recipes found on cuneiform tablets stored at Yale University, known as the Yale Babylonian Tablets. 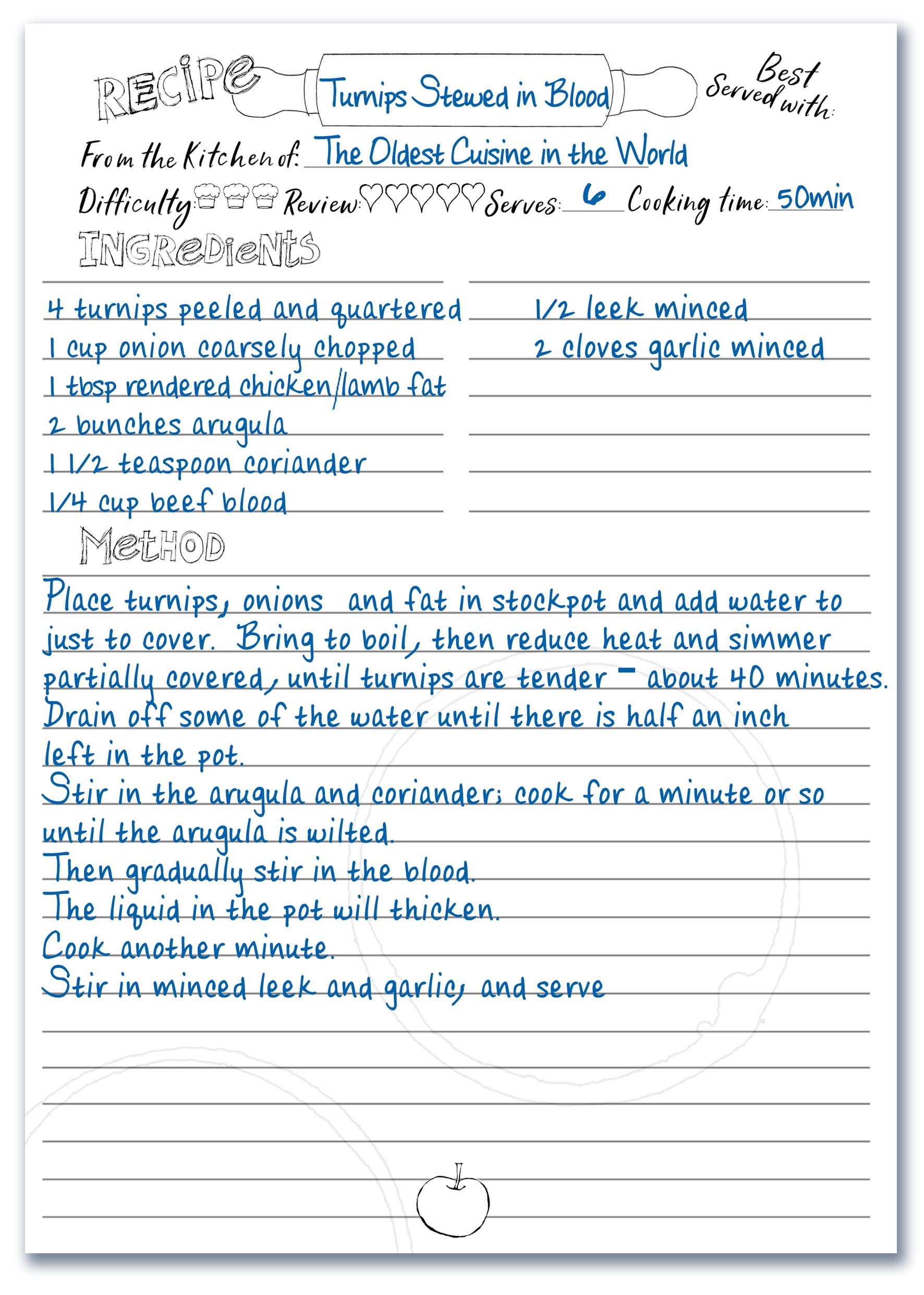